“director of corporate development Amin Zoufonoun…hammered out the merger’s details during a 12 hour meeting Sunday night…Zoufonoun has only been at Facebook for just more than a year, having joined from Google in March 2011.
At Google, Zoufonoun did what he does for Facebook now: close deals. According to his LInkedIn profile, he played a big role in closing Google’s acquisitions of On2, Grandcentral, Metaweb, Widevine, Feedburner, and Simplify Media.
Impressively for a non-engineer, Zoufonoun listed as the “inventor” for several of Google’s patents.” 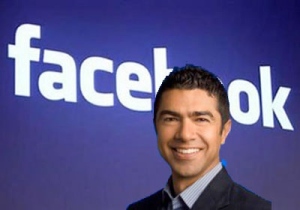 We are two brothers, trying to collect the most interesting excerpts of new articles published mostly in well-known mainstream media. Some times we also pick text snippets from well-known blogs. In our oppinion most articles contain a lot of repetitive and not really relevant text or they are just too long. Our Aim is to reduce interesting articles to their most relevant parts and offer the link to the original article(s). Apart from the subject line the posts do not contain personal opinion, but consist of citations of the original articles. We are secular, against racism, sectarianism and interference in other countries internal conflicts, because it is seldom really well minded, and it mostly worsens the conflict. We focus on current politics but we will occasionally post articles that give a better picture of the overall context.
View all posts by radioyaran →
This entry was posted in Business and entrepreneurship and tagged Inventor, Top-Posts. Bookmark the permalink.