Mahmoud Farshchian – master of persian painting and minatures, awarded as outstanding intelectual of 21st century in cambridge and winner of the golden palm of europe 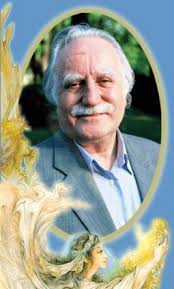 Mahmoud Farshchian (Persian,born January 24, 1930) is a master of Persian painting and miniatures. He was born in the city of Isfahan in Iran, a place famed for its art and artists, and it was here where he started to learn art, painting and sculpting.

His masterpieces have been hosted by several museums and exhibitions worldwide. He’s the most modernizer of the field of miniatures, an art form which was first established in Ancient Persia and later spread to China and Turkey and other Middle eastern countries.

This entry was posted in Uncategorized and tagged Art. Bookmark the permalink.