Leila Hatami (born October 1, 1972) is an Iranian actress. She is the daughter of director Ali Hatami and actress Zari Khoshkam and is married to actor Ali Mosaffa. Besides Persian she is fluent in French, English and German.

Although she had a few short appearances in some of her father’s films during childhood and a role in 1992 in her father’s Delshodegan (The Love Stricken), she made her professional entry into cinema with Dariush Mehrjui’s Leila in 1996 for which she received rave reviews from critics.

Hatami has appeared in films directed by her husband, Ali Mosaffa, Portrait of a Lady Far Away (2005) and The Last Step (2012). She also designed the sets and the costumes of The Last Step, receiving a nomination at the Fajr Film Festival for best production design and costume design. In 2012 A Separation won the Academy Award for best foreign film in which Hatami played the leading female role.

She was a member of the main competition jury at the 67th Cannes Film Festival in April 2014. 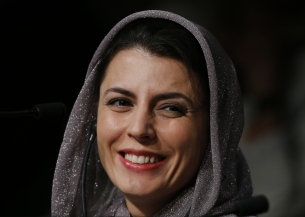