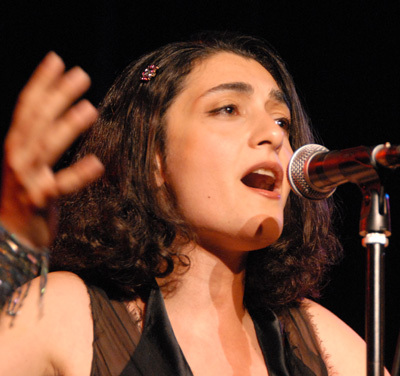 Darya grew up in an artistic environment in Iran. Her mother is a singer/director of the Marionette Theatre. In 1991, she left Iran for France where she studied music. She is a graduate of The National Conservatory in Toulouse, France. She earned her Diplôme d’Etudes Musicales in voice in June 1999, and, subsequently, she completed a four-year professional course in the Baroque style at the Conservatory of Toulouse in 2000. Darya also holds a postgraduate Master of Arts degree from School of Fine Arts of Toulouse (Ecole des Beaux-Arts de Toulouse).

Career
Darya has given concert performances in Canada, France, Germany, Iran, Sweden, United Kingdom and United States of America. In 2002, Darya was a guest performer in Tehran with the Armenian Symphony Orchestra in the role of Tahmineh, in a work composed and directed by Loris Tjeknavorian based on the tragedy of Rostam and Sohrab, one of the most fascinating tales of Ferdowsi’s Shahnameh (The Book of Kings). Apart from singing in English, French, German, Italian and Persian, Darya performs in various native languages of Iran, such as Armenian, Azeri, Gilaki, Kurdish and Mazandarani.

This entry was posted in Music, Women and tagged Music, Musician, women. Bookmark the permalink.